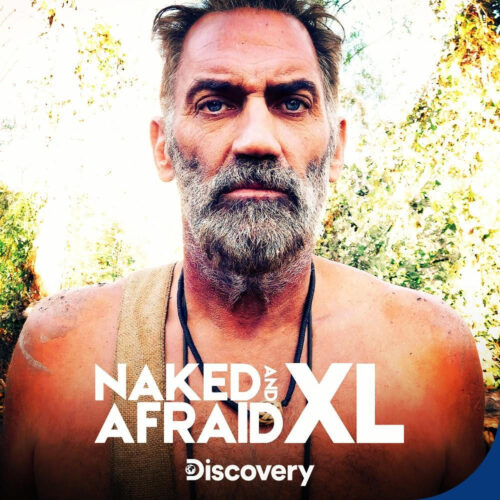 You may know EJ from his 5 Appearances on the Hit TV Series on Discovery Channel “Naked and Afraid” and “Naked and Afraid XL”, as well as Host on Season 9 of “Dual Survival“, and “First Man Out with Ed Stafford Season 1. EJ is an Extreme Survivalist, Adventurer, and Retired Army Combat Vet. He is an expert in leadership, tracking, trapping, building shelter and equipment, primitive weapons, navigation, security, self-reliance, and self-defense.

EJ SNYDER is highly decorated Army Combat Veteran with 25 years military service under his belt, serving Ranger positions in Infantry and Airborne units. He joined the armed forces at 19. He moved up the ranks quickly, seeing combat in both the Gulf War in 1991 and a 15-month tour during Operation Iraqi Freedom 2 in 2004 to 2005. EJ earned two Bronze Star Medals, the Legion of Merit, the Order of St. Maurice (Centurion), and over 40 other Medals and decorations while serving the Nation. During his time in the Army, EJ attended a vast number of schools highly increasing his diverse set of skills, deployed on training and missions all over the world, and received many accolades throughout his career. He stepped up as a Ranger Instructor, Survival & Tracking Instructor, and Drill Sergeant, EJ was a renowned athlete and fighter during his time, earning the nickname “Skullcrusher”.  EJ retired at the Rank of Sergeant Major/E-9.

EJ grew up in Northern New Jersey just outside NYC in tough Italian neighborhoods. EJ learned many outdoor skills and love for the wilderness with his late kid brother Jeff, when their Father took them camping, hiking, hunting, fishing, and trapping. They furthered those skills by canoeing, rafting, rock climbing, and long extended hikes. EJ and his brother could often be found near the nearest set of woods or waterway they could find within the confines of the concrete jungle honing their skills. EJ’s brother was killed before his 22nd birthday. It greatly affected EJ.

When EJ was attending US Army Ranger School he received his first formal Survival Training and fell in love with the concept right away, so he started a self-study on the skill. Once he was assigned as a Ranger Instructor, he attended US Army Survival School (SERE-C) and Tracking Course and became the Primary Survival and Tracking Instructor for the course. Upon retirement EJ worked as a Government Contractor for 6 Years teaching Survival Skills to future Green Berets and other Soldiers at the US Army SERE School. EJ says that whether in the wild or on the field of combat he will always live by his motto: Tua Sponte Superstes, which means to “Survive By Your Own Will.” EJ has been formally teaching survival skills to Soldiers and civilians ever since for well over 20 years.

EJ is an Extreme Survivalist and Adventurer who employs a “Train as you Fight” approach to survival, and believes in pushing not only the limits of your environment but yourself as well. He is constantly pushing these limits and trying to continually break through the “Law of 3’s of Survival”. He has thrust himself into many extreme survival situations and environments to grow as a survivalist and pass these lesson onto others. EJ believes that his brand of survival can be dropped into any environment, with no notice and little supplies, making it out where no man should walk.

EJ prides himself on being one tough old SOB with the tenacity, fortitude, willpower, and determination to be dropped anywhere in the world with nothing and come out on top! EJ also believes that if he is with other people, that he can lead them there as well – unscathed! You can also hear EJ from miles away screaming to the heavens with his battle cries! EJ’s quest and journey to where he now stands is a testament of struggle, perseverance, dedication, and hard work.

EJ was looking at retiring from the US Army and was not quite sure what he wanted to do after the Army, but decided to rekindle an old dream of moving into the entertainment world in some capacity. He decided to try his luck as a TV/Film Military Technical Adviser, as well is doing some Stunt Work and Acting on the side. EJ found some success early on and was involved in many Main Stream Films, TV, commercials, web series, and independent and student film projects. Most known for his role and stunt work as “Redfern” a Freighter Boat Mercenary of the Hit TV Series “LOST”. Some of EJ’s other known Projects are the History Channel’s “Patton 360” and the Chiller Network’s “Can You Survive a Horror Movie”, amongst other TV & Film projects.

EJ found himself being recruited for several Top Reality Competition Shows, being a Finalist for “Survivor 21” and “Big Brother 14”. EJ’s Real World Survival Skill Set and TV finally crossed paths as he was set out on TNT’s “72 Hours: The Fijian Jungle (Episode 7)”. Discovery Channel came calling and initially tried EJ out for their Hit TV Series “Dual Survival” with 4 others, EJ was passed on but quickly found himself thrust out on the filming of the Pilot episode of “Naked and Afraid: Terror in Tanzania”, a 21 Day Survival Challenger where a strange man and woman come together for 21 Days completely Naked with one item each and try to survive til extraction. EJ was the 1st Man to complete the Challenge. Seven months later, when 3 people quit, EJ was joined by Laura Zerra to complete the challenge in “Naked and Afraid: Man Vs Amazon” making EJ the 1st Man to complete the 21 Day Challenge twice. EJ was asked back for the 40 Day Challenge of 6 men and 6 Women, in “Naked and Afraid XL” in the Colombian Badlands, making him the Only Man to complete the challenge three times!

EJ was recently joined by his Naked and Afraid XL Partner Jeff Zausch for the 9th Season of “Dual Survival”. They tested their skills and partnership in several of the harshest locations, environments, and situations, finding themselves in Brazil, South America, Utah High Desert, Louisiana Swamplands, a Cave in the former USSR State of Georgia, South Africa, and Botswana, as well as surviving the recent Turkish Coup while in the Istanbul Airport.

EJ still teaches survival skills, does adventure trek guiding, serves as a motivational speaker, and does appearances. EJ is known for his hardened and tough exterior as well as for being a “Man’s Man,” but has compassion for his fellow man, passion for life, and a huge heart. EJ believes giving back to the community and the less fortunate is very important and works with many charities and causes in his spare time, many dealing with Cancer, Kids, Anti-Bullying and Veterans. He is always looking for his next adventure and challenge. EJ says he stands ready at any moment to leap into action on a minute’s notice, whether it’s a survival situation, helping a stranger in need, or reacting to a crisis.

Learn more about EJ at www.ejsnyder.com

How to Build an Emergency Survival Kit

Many folks out there simply don’t believe survival kits are all that essential. Even as they watch disaster after disaster... read more 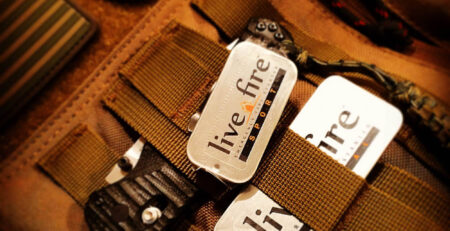 Sport Tins Back In Stock! 25% Off Coupon Code

Memorial Weekend Sale 25% Off Everything Use Coupon Code “MEMORIAL2021” Please take time this weekend to honor the military personnel who have died... read more

The Best Fire Starting Kit You Can Make

Making a fire is among the most important outdoor skills to know how to do and it is also a... read more

Our 550 FireCord was featured in a recent Barrel and Blade Box! We hope all the subscribers loved their products. ... read more

Have you gotten started in paracord weaving projects and need more paracord knots to make your creations a bit more... read more 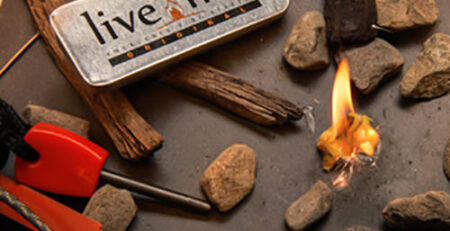